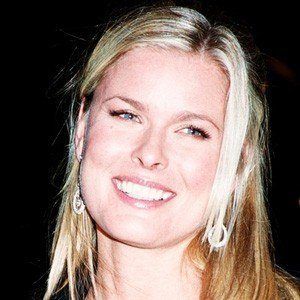 High fashion model known for her work with brands like Elizabeth Arden, Diesel, and Revlon, among others.

She was discovered at 13 years old by the illustrious Eileen Ford, of Ford models.

She appeared in the 1998 feature film, The Parent Trap, which starred Lindsay Lohan.

She married Norwegian politician Olaf Thommessen in 1996. She has two daughters named Julia and Hannah.

She appeared in the 1997 feature Batman and Robin, which starred Uma Thurman.

Vendela Kirsebom Is A Member Of