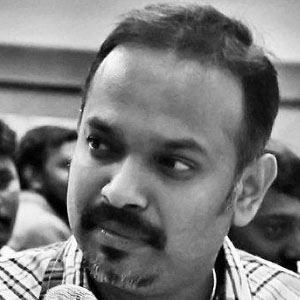 Indian director, actor and singer most famous directing blockbuster films like 2011's Mankatha. As an actor, he has played the lead role in several films, including 2003's Unnai Charanadaindhen.

He attended the Trinity College of Music in London.

He married a woman named Rajalakshmi in 2001. They have a daughter named Shivani.

He directed actress Anjali in Mankatha.

Venkat Prabhu Is A Member Of