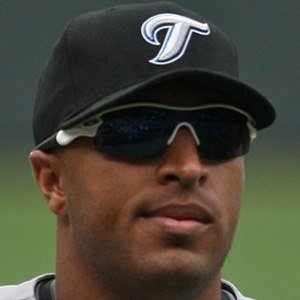 3-time MLB All-Star outfielder who won the Silver Slugger Award as well as three Gold Glove Awards as a member of the Toronto Blue Jays.

He excelled in football at Bowie High School as well as baseball, and at one point he planned to attend the University of Texas to play both sports.

In 2006, the $126 million contract he signed with the Toronto Blue Jays shocked many baseball experts and his career began to go downhill quickly after the deal.

He married Charlene Valenti in 2001.

He played alongside Albert Pujols in a potent lineup on the Los Angeles Angels in 2012.

Vernon Wells Is A Member Of