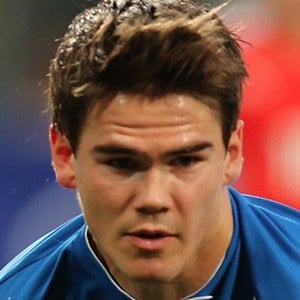 Striker who has gained fame for his international club career, including for FC Rostov of the Russian Premier League beginning in 2018. He previously played for Maccabi Tel Aviv FC between 2016-2018, and finished as the Israeli Premier League's top scorer in 2017.

He was originally born and raised in Selfoss, Iceland.

He and Alfred Finnbogason have played as forward teammates for Iceland's senior national soccer squad.

Viðar Örn Kjartansson Is A Member Of