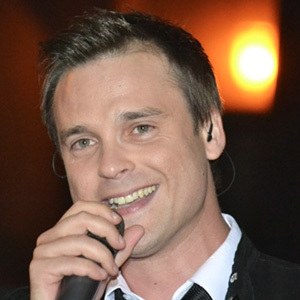 Founder of the Valencian orchestra La Metro who is also known for winning the third series of Operación Triunfo. He goes by the stage name of Vicente.

Winning the series Operacion Triunfo launched his music career in 2003.

He collaborated in Valencian television musical programs called Bona Nit and El Picú as a co-presenter and singer.

He was born in Vilamarxant, Valencia, Spain.

He and Amaia Romero have both won the talent show Operación Triunfo.

Vicente Seguí Porres Is A Member Of