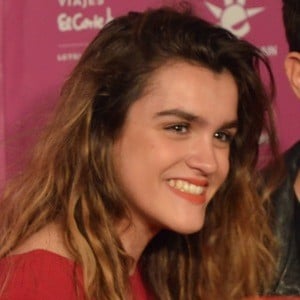 Spanish singer who first gained fame when she participated in the children's talent show Cantame una cancion in 2010. She was then selected by vote to represent Spain in the Eurovision Song Contest 2018.

She has studied classical piano for years and would later obtain her degree in it as well.

She also participated in the talent show El Numero Uno, but was eliminated in the sixth week of the series.  She then became the winner of Operacion Triunto 2017.

She was born in Pamplona, Spain to Ángel Romero and Javiera Arbizu.

Amaia Romero Is A Member Of