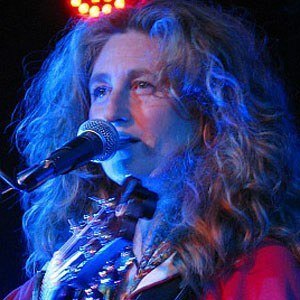 Fingerstyle guitarist, vocalist, singer, and percussionist who has collaborated with artists like Donna Summer.

She studied classical music and jazz at Ithaca University in New York.

Her father was a multi-instrumentalist and was a profound influence on her development as a musician.

Her performance style has been compared to that of Pat Metheny.

Vicki Genfan Is A Member Of