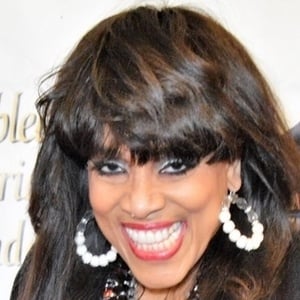 American Gospel singer who has released numerous albums since 1985, including Be Encouraged, The Lady, Share the Laughter, and How I Got Over.

She started singing in church at the International Gospel Center when she was eight years old.

She has been married three times and between those marriages, she has three sons named Mario, Marvin, and Josiah.

Her son is singer Mario Winans.

Vickie Winans Is A Member Of