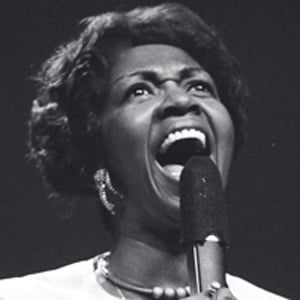 Gospel singer sang backup for artists such as Elvis Presley and Aretha Franklin. Houston was the recipient of multiple honors, including two Grammy Awards.

She was in a gospel group with her cousin Dionne Warwick called The Drinkard Singers.

She was married to her second husband John Russell Houston from 1959 until 1990. Her daughter was the great Whitney Houston.

She played the role of Mrs. Havergal in the film The Preacher's Wife with Denzel Washington.

Cissy Houston Is A Member Of

The Houstons: On Our Own
88 Year Olds
Gospel Singers
First Name Cissy