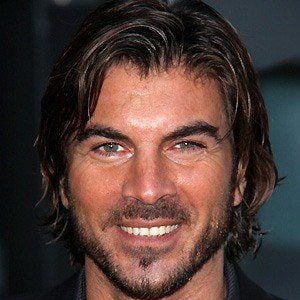 He started out as a model and appeared on several Italian magazine covers before joining the Italian Police Force.

He had his first lead role in the 2009 film My Father's Will.

He was an only child and was raised by his mother and grandmother.

He co-starred with Rosanna Arquette in 2006's I-See-You.Com.

Victor Alfieri Is A Member Of