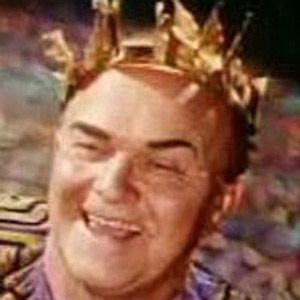 Best remembered for his performances in 1930s and 1940s Broadway productions of such musicals as Anything Goes, Of Thee I Sing, and Louisiana Purchase, he also appeared in several popular films, including Star Spangled Rhythm, with Bob Hope, and Swing Time, with Fred Astaire.

He appeared in his first Broadway play, a comedy called Rosemary, in 1896. He made his film debut nearly two decades later, in a 1915 silent picture titled Snobs.

In the early years of his screen acting career, he appeared in two Cecil B. DeMille-directed pictures: Chimmie Fadden and its sequel, Chimmie Fadden Out West.

His first marriage, to Emma Littlefield, lasted over thirty years (until her death in 1934) and produced two sons and one daughter. His second marriage, to Shirley Paige (who was more than forty years his junior), began in 1942 and lasted until his death in 1962.

He appeared in both the stage and screen versions of composer Irving Berlin's Louisiana Purchase.

Victor Moore Is A Member Of