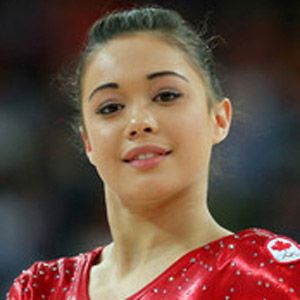 Gymnast who competed for Canada in the 2012 Olympics and won gold in the floor exercise at the 2012 Canadian Championships.

She won the all-around competition at Elite Canada in Gatineau, Quebec.

She won silver in the floor at the 2012 FIG World Cup.

She was born in Surrey, British Columbia and raised alongside her sister Brooklyn who's also a gymnast.

She won all-around bronze at the 2013 FIG World Cup behind American Katelyn Ohashi.

Victoria Moors Is A Member Of