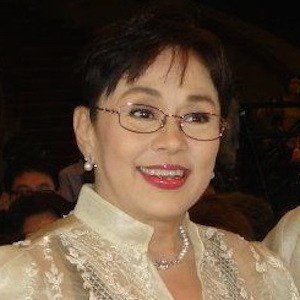 Filipina actress and politician who appeared in dozens of hit films - such as Anak, Still Loving You Until Now, and Lea's Story - and served as Governor of Batangas.

She earned the FAMAS Best Child Actor Award for her starring role in her debut film, Trudis Liit, in 1963.

She became the first female mayor of Lipa City, Batangas.

Her son, Luis Manzano, became a popular television host in the Philippines.

Vilma Santos Is A Member Of