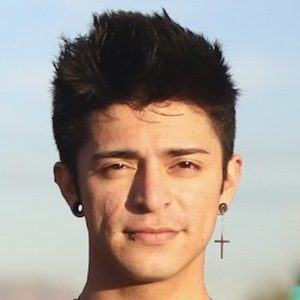 Better known online as ThatBoyVince, he is a professional tattoo artist who also broadcasts live on YouNow. He has worked as a tattoo artist with Twisted Ink in North Carolina and The California Dream Tattoo in Los Angeles.

In his first YouNow broadcast, he talked quietly with a squeaky voice for hours.

He officially partnered with YouNow on May 4, 2015. Apart from tattoo art, he also does graffiti, photography, and modeling.

Originally from Orange County, California, he would later live in North Carolina.

Vince Espinoza Is A Member Of