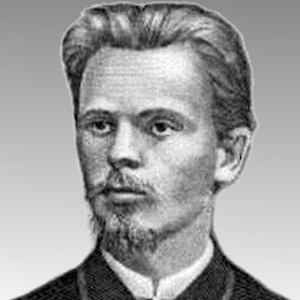 Lithuanian writer and medical doctor who wrote both the music and the lyrics to "Tautiska giesme," the National Anthem of Lithuania.

He took courses in history and philosophy in Warsaw and later studied medicine.

He is considered a Lithuanian national hero.

He was raised in Paezeriai, Lithuania. He died of tuberculosis at the age of forty.

He and Czeslaw Milosz were both well-known Lithuanian poets.

Vincas Kudirka Is A Member Of