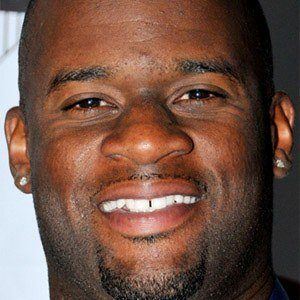 Standout college quarterback who led Texas to a National Championship win by beating USC in an epic college football game. He was selected 3rd overall by the Tennessee Titans in 2006.

He was a star high school quarterback at Madison High School in Houston, Texas.

He was named AP NFL Offensive Rookie of the Year in 2006 with the Tennessee Titans, but his NFL career as a whole was underwhelming considering his hype.

He was raised by his mother and grandmother as his father spent time in prison. He married Candice Johnson in 2012. He has a son named Jordan.

Reggie Bush was drafted ahead of him in the 2006 NFL draft, as the second pick by the New Orleans Saints.

Vince Young Is A Member Of