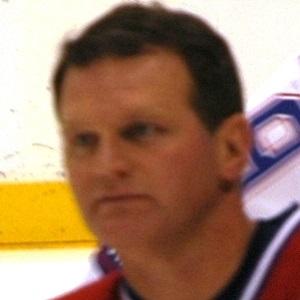 NHL center who was selected 6th overall in the 1986 NHL Draft by the Toronto Maple Leafs and went on to win a Stanley Cup Championship with the Montreal Canadiens in 1993.

He amassed more than 100 points in his second year in the Quebec AAA league.

He was a three-time NHL All-Star and played on the Canadian national team in the 1996 World Cup of Hockey.

He married Alanna Henderson in 1995.

Vincent Damphousse Is A Member Of