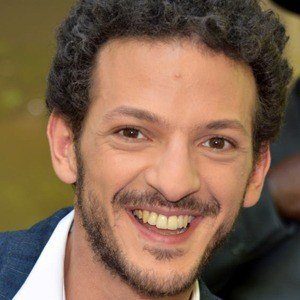 French comedian and novelist who wrote Les Bios tres Interdites. He also wrote the show, If Something Happens. He later joined the TMC daily show, Quotidien.

He attended the National School of Dramatic Art of the Comedy of Saint-Etienne from 2006-2009.

He was born in Macon, France.

He and Dany Boon are both French comedians who've starred in one-man shows.

Vincent Dedienne Is A Member Of