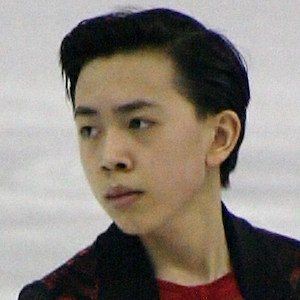 Figure skater from San Jose, California who became the youngest-ever United States Junior Champion in 2013. He was previously the Novice as well as Intermediate Champion.

His family moved to Palo Alto when he was two and he began taking ice skating lessons at five.

He is an exceptional student, earning the Presidential Award for Educational Excellence.

His mother Fay is a computer expert who worked in Silicon Valley.

In 2012 he danced to songs composed by Yes frontman Trevor Rabin.

Vincent Zhou Is A Member Of