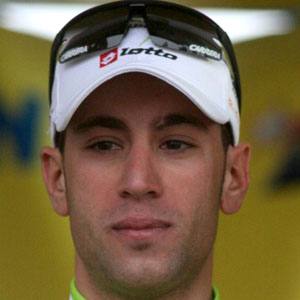 Italian road bicyclist who won the Giro d'Italia in 2013.

He had his first major amateur finish as a Junior World Time Trial Championship third place finisher in 2002.

He had his first major victory at the 2010 Vuelta a Espana race.

He married his longtime girlfriend in October 2012.

He finished 11th in the 2008 Giro d'Itali, 10 spots behind winner Alberto Contador .

Vincenzo Nibali Is A Member Of