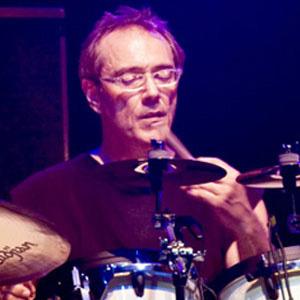 Drummer who has played with the John McLaughlin Trio, as well as working as a sideman and having a successful solo career.

He attended the Berklee College of Music in Boston. Later on, he got a gig with the Christopher Morris Band.

He was a member of Sting's touring band for most of the 1990s.

He wrote the song "Darlene's Song" about his wife.

He worked as Frank Zappa's principal drummer for studio and live performances.

Vinnie Colaiuta Is A Member Of