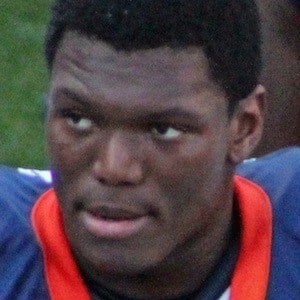 NFL tight end who was originally drafted by the Denver Broncos in the seventh round of the 2011 NFL Draft. He previously attended the University of Nevada, where he earned All-Western Athletic Conference honors and was named the Nevada Strength and Conditioning Athlete of the Year as a junior.

He graduated from Tulare Union High School in Tulare, California, where he lettered in football, basketball and track and field.

He led all tight ends in the broad jump and vertical jump categories at the 2011 NFL Draft.

He has a brother named Jeremiah. His parents are Virgil and Sharon Green.

He has caught passes from multiple-time NFL MVP Peyton Manning in Denver.

Virgil Green Is A Member Of