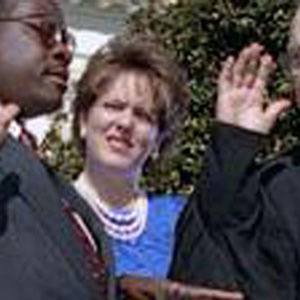 Wife of Supreme Court Justice Clarence Thomas who worked for the conservative think tank, The Heritage Foundation. She has also worked as a columnist for The Daily Caller.

She earned a law degree from Creighton University with the goal of becoming a Congresswoman.

In her twenties she joined a group called Lifespring that she discovered was a cult, and had a difficult time breaking away.

She married Clarence Thomas in 1984 and denied claims of sexual harassment made against him.

She started a nonprofit lobbying group that opposes the policies of Barack Obama.

Virginia Lamp Thomas Is A Member Of