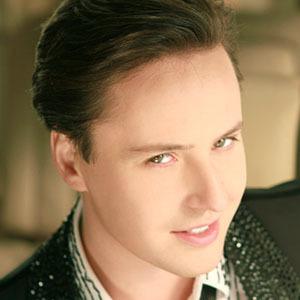 Genre-blending singer and songwriter who is perhaps best known for his 2000 single "Opera #2."

He was born in Daugavpils and raised in Odessa. His grandfather taught him to play the accordion at a young age and he was writing songs as a child.

He designs his own stage costumes and performs with an accompanying band called DIVA.

His full name is Vitaliy Vladasovich Grachov and he was born in Daugavpils, Latvian SSR, Soviet Union. He married his wife Svetlana in 2006; they have a son and daughter together.

He has performed duets with Demis Roussos and Lucio Dalla.

Vitas Is A Member Of