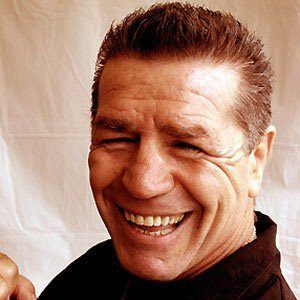 Italian World Middleweight Champion who defended his title against Marvin Hagler in a controversial 15-round draw.

He says he learned how to fight in the tough areas of New York City as a youngster.

After boxing, he became an actor who appeared in films like The Godfather III.

His family moved to the United States from Italy when he was 17 years old.

His defense of the World Middleweight Championship was famously announced by broadcasting legend Howard Cosell.

Vito Antuofermo Is A Member Of