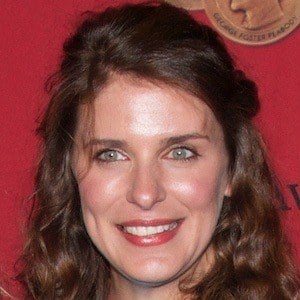 Co-owner and head chef of the North Carolina-based establishment Chef & the Farmer who would star in PBS' award-winning program A Chef's Life.

She studied abroad in Argentina as part of a culinary-themed program for a semester while earning her bachelor's degree from North Carolina State University.

She worked at an advertisement agency for 18 months after finishing college to work as a waitress. She graduated from the Institute of Culinary Education in 2003.

She was raised by parents who were farmers in Deep Run, North Carolina. She married Ben Knight with whom she started a soup delivery business. They have children named Theo and Flo.

She was a James Beard Foundation Award semi-finalist for Best Chef Southeast five straight years between 2011 and 2015.

Vivian Howard Is A Member Of