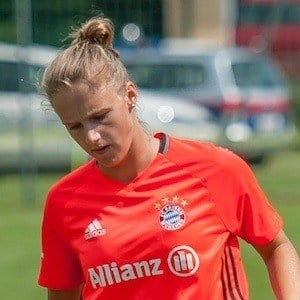 Professional soccer forward who has played for both Arsenal of the English Premier League and the Dutch women's national soccer team. In 2017, she helped the Netherlands secure their first ever UEFA Women's European Championship.

She signed with SC Heerenveen Vrouwen at the age of 14.

She is from Hoogeveen, Netherlands

Both she and Fara Williams played for Arsenal W.F.C.

Vivianne Miedema Is A Member Of