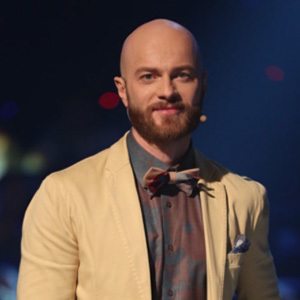 Ukranian dancer and educator who is best recognized for having been one the the judges on the competition series Ukraine's Got Talent. He is also known for his work on the series Tantsi z Zirkamy as well.

He first started dancing at the age of 7. His first dance group was called Krok. He earned his degree in physical education from Zaporizhia National University.

He is also known for his work as a teacher both in dance and choreography at the Kiev University.

He was born and raised in Zaporizhia and has an older brother named Dmitry who is a lawyer.

He shared a photo with famed singer Monatik to his Instagram in September of 2018.

Vlad Yama Is A Member Of