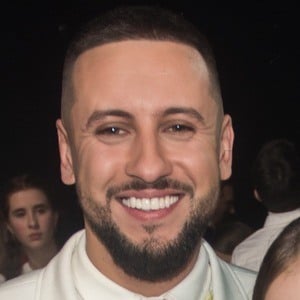 Singer, songwriter and dancer who performed with groups like Monatique before breaking out as a solo artist with such songs as "Spinning" and Vitamin D." In 2017, he appeared as a judge on the Ukrainian version of The Voice Kids.

He danced in his free time while studying law at the Interregional Academy of Personnel Management in Ukraine.

He performed during the first semifinal of the 2017 Eurovision Song Contest.

His real name is Dmytro Monatyk. He has dated Iryna Demicheva.

Monatik Is A Member Of