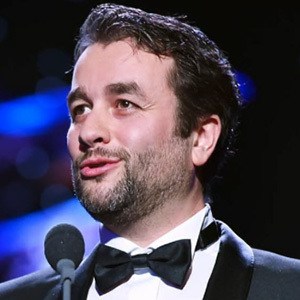 Slovak actor known for his work in film, television, and theater. He is known for being a member of the National Theater since 2003 and is recognized for his appearances in Stormy Wine and Oteks.

He graduated from the Conservatory in Kosice and studied acting at VSMU in Bratislava. He made his film debut in 1997 in Gold Horseshoe, Golden Pen, Golden Hair.

He was awarded the Crystal Wing in 2015 for his work with Cierna nad Tisou.

He was born and raised in Vranov nad Toplou, Czechoslovakia and married his wife Alena.

Peter Lipa and Peter Dvorsky are also known for having won the Crystal Wing award.

Vladimír Kobielsky Is A Member Of