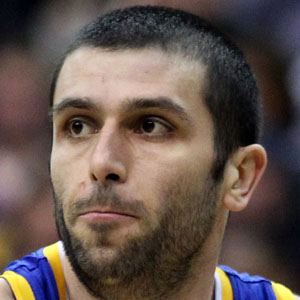 Serbian NBA forward known for his 3-point shooting; member of the Seattle SuperSonics from 2001 to 2006, then went on to play for 6 different NBA teams during the next 8 years.

He began playing basketball professionally for the Serbian team KK Crvena zvezda in 1997.

He earned a gold medal at the 2002 FIBA World Championships with Yugoslavia.

He was born to Stevan and Andjelka Radmanovic.

From 2003 to 2006 he played alongside All-Star shooting guard Ray Allen on the Seattle SuperSonics.

Vladimir Radmanovic Is A Member Of