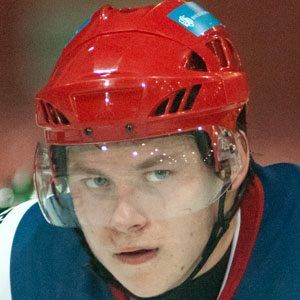 Russian winger who was selected 16th overall by the St. Louis Blues in the 2010 NHL Draft. He had his first 40-goal season with the Blues in 2015-16. In 2019, he helped the Blues win a Stanley Cup Championship.

He was a World Junior Ice Hockey U18 silver medalist in 2009.

He played six seasons in the Kontinental Hockey League before making his NHL debut in 2012.

He has a younger brother named Valentin. He married Yana Tarasenko in 2015. They have three children together.

He was teammates with right winger T.J. Oshie on the St. Louis Blues.

Vladimir Tarasenko Is A Member Of