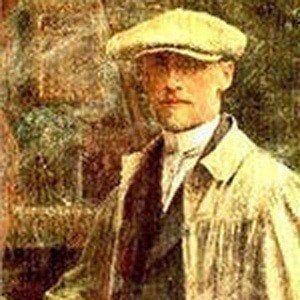 Painter whose "Une fleur" sold at a 2006 London auction for over 100,000 pounds and brought him widespread recognition. He was also known for his religious pieces, including "Suffer the Little Children to Come to Me."

He was educated in Paris under the patronage of Medo Pucić. He was a favorite of famed professor Alexandre Cabanel.

He worked for the King of Serbia during the 1880s.

He was born in Cavtat, Austria-Hungary, to a father of Italian descent and a mother of Croatian descent. His birth name was Biagio Faggioni.

He and Vincent van Gogh were influential painters of their time.

Vlaho Bukovac Is A Member Of