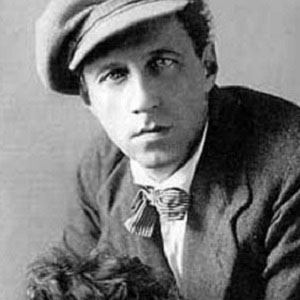 An important figure in the history of modern theatre, Meyerhold aligned himself with the Symbolist movement in drama and founded the Meyerhold Theatre, which staged innovative productions of works by Nikolai Gogol, Vladimir Mayakovsky, and Nikolai Erdman.

After abandoning his studies of both law and violin performance, he studied under Vladimir Nemirovich-Danchenkoat at the Moscow Philharmonic Dramatic School and went on to perform in nearly two dozen productions at the famous Moscow Art Theatre.

Tragically, he was executed by Joseph Stalin's government, which viewed his avant-garde theatrical work as a threat to the political regime. Shortly before Meyerhold was put to death, his second wife was also murdered, presumably by the Soviet NKVD (People's Commissariat for Internal Affairs).

A native of Penza, Russia, he was the youngest of eight children born to Emil Fyodorovich Meyerhold and Alvina Danilovna. His first marriage, to Olga Munt, produced three daughters; he later began an affair with, and eventually married, acclaimed stage actress Zinaida Reich.

He and his contemporary and fellow theatre artist, Constantin Stanislavski, both devised acting methodologies that encouraged performers to connect emotion and physicality.

Vsevolod Meyerhold Is A Member Of