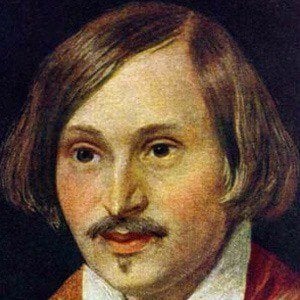 A famous Russian writer of the Nineteenth Century, he is most known for his 1835 novel, Taras Bulba; his 1842 play, Marriage; and such short stories as Diary of a Madman, The Portrait, and The Carriage. His literary works, alternately characterized as realistic and romantic, contain elements of the grotesque and surreal.

He published his first poem in 1828. Many of his first works, including Evenings on a Farm Near Dikanka, contain elements of Ukrainian folklore.

In satirical works such as The Government Inspector and Dead Souls, he addresses the political corruption of the Russian Empire.

While growing up in the Ukrainian village of Sorochyntsi, he worked in a theater operated by his uncle. As a child, he spoke both Russian and Ukrainian.

He was born in the same year as Edgar Allan Poe.

Nikolai Gogol Is A Member Of