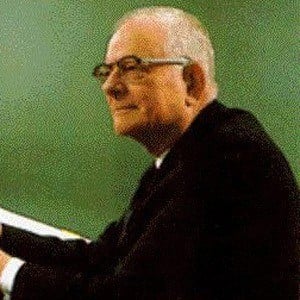 He was for the most part an unremarkable researcher when he was invited to Japan to speak on his principles of quality control.

His teachings were based on the fundamental theory that most of the poor quality in products was attributable to poor managers rather than poor workers.

He was born in Sioux City, Iowa, and grew up in Wyoming, his father a part-time lawyer.

He was awarded the National Medal of Technology by President Ronald Reagan in 1987.

W Edwards Deming Is A Member Of