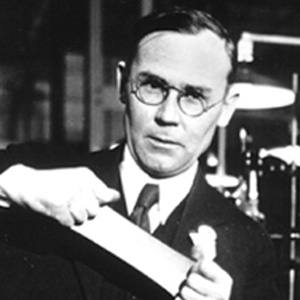 DuPont chemist who invented nylons while working on a silk substitute.

He was hired by DuPont to find a replacement for silk, which came mainly from Japan.

His finished version of nylon premiered to 3,000 women at a forum titled We Enter the World of Tomorrow. He was inducted into the Alpha Chi Sigma Hall of Fame in 1982 after his death.

He was the oldest of four children and had one brother and two sisters.

His contributions to the company founded by Pierre S. du Pont were groundbreaking and history-making.

Wallace Carothers Is A Member Of