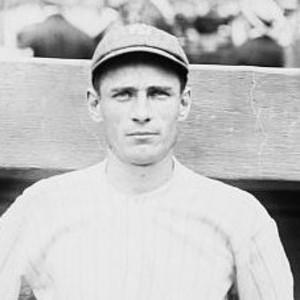 Former Major League Baseball player who gained legendary status when a day of rest caused him to lose his job to future legend, Lou Gehrig.

He played briefly in the Major Leagues before graduating from The Catholic University of America.

His day off due to a headache led to Lou Gehrig's amazing streak of 2,130 games, and to him losing his starting job.

He was buried at Woodland Cemetery in Grand Rapids, Michigan.

He will forever be linked to the legendary Lou Gehrig as part of baseball lore.

Wally Pipp Is A Member Of