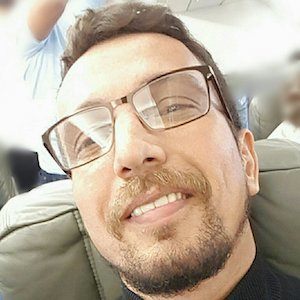 Singer, songwriter, and composer of Brazilian Catholic music. He is the founder of the Adoration of Life Ministry, a music group dedicated to praising God, and known for songs such as "Abraço de Pai," "Em teu altar" and "Hoje livre sou."

He grew up in a family of white table spiritists. When he was 16 and living in São José dos Campos, he received an invitation to participate in a youth mass - one year later, he was baptized at the same church.

The band Vida Reluz was his first music group - he recorded two albums with them, Vida Reluz and Celebra a Vitória.

He has four sisters and a younger brother.

Walmir Alencar Is A Member Of