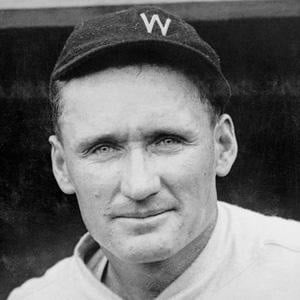 Hall of Fame Washington Senators pitcher known as The Big Train. He was named American League MVP in 1913 and 1924, he led the Senators to a World Series Championship in 1924, and he recorded 417 wins, 3,508 strikeouts and a 2.17 ERA during his career.

As a youth, he worked in oil fields, but also found time for horseback riding.

He set an MLB record by recording 110 shutouts during his 21-year career.

He was the second oldest child of Frank and Minnie Johnson out of six total children.

Walter Johnson Is A Member Of