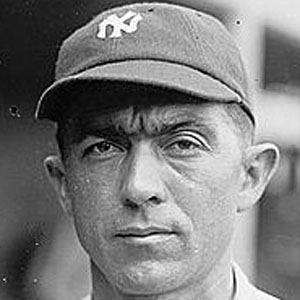 Hall of Fame third baseman and three-time World Series Champion with the Philadelphia Athletics from 1908 to 1914.

He was a butcher before entering MLB.

He was considered the best third baseman to play the game before WWII.

He was the MLB RBI leader for two seasons after Ty Cobb in 1911.

Frank Baker Is A Member Of