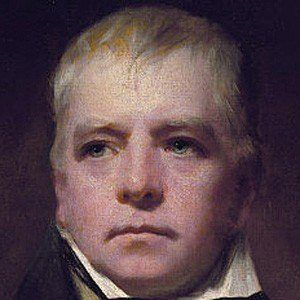 Scottish romantic author and poet whose popular literary works include Ivanhoe, Rob Roy, and The Lady of the Lake. He was also active in the Scottish Tory party and served as President of the Royal Society of Edinburgh.

He began attending the University of Edinburgh at the age of twelve. After studying law in the early 1790s, he published one of his first works of poetry, The Lay of the Last Minstrel, in 1805.

He suffered from a limp as the result of a childhood polio infection.

He wed Charlotte Genevieve Charpentier in 1797. The couple became parents to five children.

He attended a literary salon at the age of fifteen and met the renowned poet, Robert Burns.

Walter Scott Is A Member Of