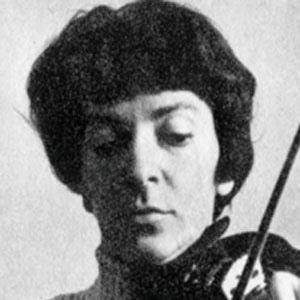 Violinist who was known for her diverse performance repertoire, from classical to contemporary works, all composed in Poland.

Her father was her first violin teacher; she went on to attend the Ferenc Liszt Music Academy in Budapest and performed at the Warsaw Philharmonic Concert Hall after it was rebuilt in 1955.

In 1969, she performed more than thirty-seven times in Australia.

She was married to Mieczysław Rakowski and had two sons with him, but they divorced before he became Poland's Prime Minister.

She recorded the works of many great composers, including those by George Frederic Handel.

Wanda Wilkomirska Is A Member Of