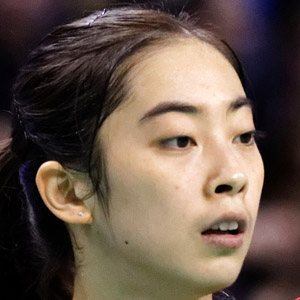 Chinese badminton player who has been rated as the top female singles player in the world. She has won gold medals at competitions like the 2010 Asian Games and the 2012 Uber Cup.

She was born in Suzhou and began playing for the Chinese Junior National Team in 2005.

She beat former teammate Wang Xin to win gold at the Malaysian Open as well as the Asian Games.

She and Camilla Martin are both famous Chinese female badminton players.

Wang Shixian Is A Member Of