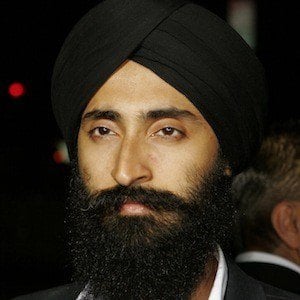 Jewelry and clothing designer who created the brand House of Waris and penned the column Love & Waris for Style.com. He is widely considered a pioneer in his field and has been included Vogue's 10 Most Impactful People list.

He moved from Punjab, India to New York at age 5.

He is an occasional actor who worked with Wes Anderson on the films The Life Aquatic with Steve Zissou (2004), The Darjeeling Limited (2007) and The Grand Budapest Hotel (2014).

His parents are Paramjit Singh and Darshan Kaur.

His clothing has been worn by fashion icons like Tilda Swinton.

Waris Ahluwalia Is A Member Of