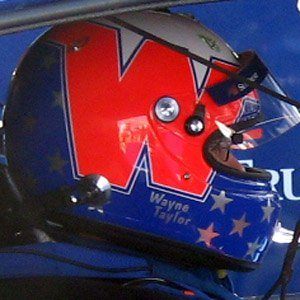 Race car driver from South Africa best known as a winner of 24 Hours of Daytona, which he won in 1996 and 2005. He late went on to manage his own team in the Rolex Sports Car Series.

He was born in Port Elizabeth and won his first major race in 1986 at the South African National Drivers Championship.

He and Grand-Am teammate Max Angelelli became the first drivers in IROC Series history to drive the same car during one season.

His son, Ricky Taylor, has also raced in Grand-Am and was a regular teammate of Max Angelelli.

He and Mario Andretti are both winners of the 12 Hours of Sebring race.

Wayne Taylor Is A Member Of