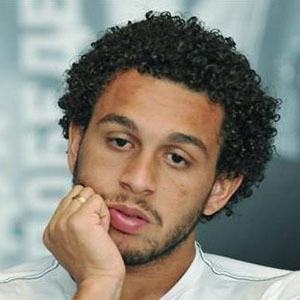 Brazilian soccer player who signed as a forward for football club Shakhtar Donetsk in mid-2013.

His career began playing for the club Fluminense, where he played mostly as a left winger.

He and Bárbara Kretzer had their first child, Miguel, in September, 2016.

Wellington Nem Is A Member Of