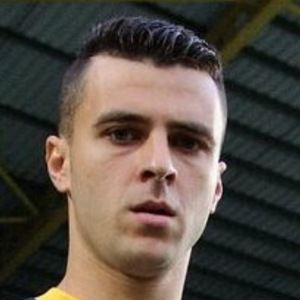 Brazilian professional football player who is known for his work as a forward as part of the Ukranian club Shakhtar Donetsk. He has also played for the clubs Dynamo Kyiv and CSKA Sofia.

He started his youth career with the Santos FC and made his senior debut with the club in 2007. After appearing with Santo Andre, Gloria Bistrita, and Dynamo Kyiv, he joined Shakhtar Donetsk in 2018.

He was the ABF A PFG Player of the Year during his 2011 and 2012 season with CSKA Sofia. He also won the Ukrainian Super Cup in 2016 as part of the Dynamo Kyiv club.

He was born and raised in Santos, Brazil.

Júnior Moraes Is A Member Of