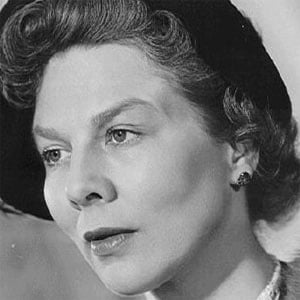 Film and theater actress whose performance in Pygmalion led to her being the first British woman in a British film to be nominated for an Oscar. In 1960 she received a BAFTA nomination for Best Supporting Actress for starring in the D.H. Lawrence inspired film, Sons and Lovers.

She made her West End debut in 1934 in the hugely successful play Love on the Dole.

She won an Academy Award for Best Supporting Actress for her performance in the 1958 film Separate Tables.

She married playwright Ronald Gow in 1937, and the pair had two children.

Sidney Lumet directed her in Murder on the Orient Express.

Wendy Hiller Is A Member Of