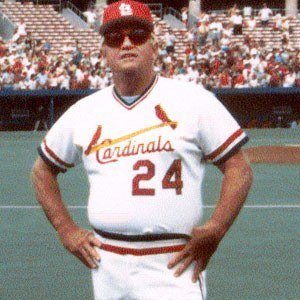 Hall of Fame baseball manager who won the World Series and three pennants during his decade with the Cardinals.

He spent a solid eight seasons as a player, scoring 213 runs with a .254 average.

He had a winning system called 'Whiteyball,' which focused on base-running speed rather than home run power.

His younger brother helped him make his first lineup for the Cardinals.

He taught his system to all the Cardinal legends, including Ozzie Smith.

Whitey Herzog Is A Member Of